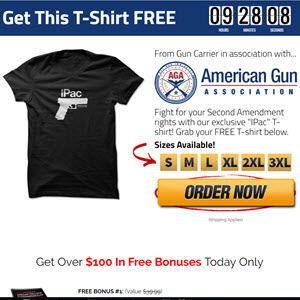 For many years a dream of mine was to design and build a non-bolt action single shot rifle I could call all my own. That dream was slow in being fulfilled and 1 kept telling myself I had good reasons for putting it off. Anyway, my dream action had to be different from all others and it had to be of simple design and construction, but most of all it had to be one I could make in my modestly equipped home workshop.

It was the late John Amber, who edited my book Single Shot Rifles and Actions, who shook me into action. Nearing the end of his editing job on this book, he called me with a request to write one more chapter describing what I thought was the ideal single shot action in view of the fact that I had found some fault with almost every action covered in the book. The result was Chapter 52. The trouble was that in writing that chapter I designed an action which I could not make. That action, however, with some changes became the DeHaas-Miller action which I have described in another book.

As soon as Single Shot Rifles and Actions came on the market I began receiving many inquiries from readers, many of whom were aspiring gun designers and those desiring to make their own single shot rifle from scratch. I had no idea there were so many. A letter and a visit from one of them indirectly challenged me with the end result of coming up with our FM No. 1 VAULT LOCK action design and building a couple of rifles on it.

It took all of one long Iowa winter. There were many problems to solve in designing and building this action, and although it is very odd-ball, the rifles built on it were very shootable and extremely accurate. And because they were very shootable I wrote about them, with the articles appearing in RIFLE magazine. It was an action that I could make, and did make, and I felt that single shot rifle fans would be interested in the design. They were. Mark and I drew and wrote up a set of plans (see Chapter 2) on how to make it and from that beginning this book was born. Shortly afterward I began working on the FM No. 2 VAULT LOCK design. I recall having two special problems working out this design. One was what sort of lever or other arrangements to use to open and close the action. I absolutely refused to consider the usual swing-down-and-forward under finger lever. Read the beginning of Chapter 3 and you will learn what I came up with. The second problem was the safety. For several weeks I was stymied trying to figure out a simple one. I took the problem and the unfinished action to Mark. We worked late several nights, tried at least a dozen arrangements and discarded all of them. Ready to give up, we tried one more. It worked—a lever, two pins and a spring. We were just not looking for such a simple solution. Afterward, we laughed at our futile efforts.

Of all the rifles which Mark and I made, I am most proud of the FM No. 2 VAULT LOCK rifle with the oak leaf engraving and the myrtle wood stock, shown in Chapter 3.

Designing the CH1COPEE rifles was a command performance. Fans wanted a simple action for small cartridges and we aimed to please. We believe we not only designed two simple actions, but simple actions commensurate with strength, durability and reliability. Look them over in Chapters 4 and 5. We suggest you make one of them for your first rifle project because we can promise you that it will be a wonderful little rifle. We know you will like it.

I have written many gunsmithing how-to articles and my aim has always been to write and illustrate these articles in a way to be easy to follow and understand by all interested readers. I think I have succeeded in this. Mark and I have put this book together in the same way and have continued this practice with each of the four rifle making plans in this book. Mark and I are not professionals and we did not write this book for the professional gunsmith or machinist, but for the beginner and amateur home-workshop gunsmith. We sincerely hope you will use this book to build one or more of our rifles.

Even though you may not yet be interested in making one of our rifles, you will surely be interested in this book for other reasons. Whether you are a gunsmith, amateur gun designer, firearms student, gun writer or shooter, we hope you will enjoy reading about our unique designs and learn all there is to know about them.

This rifle is the final version of our FM No. 1 VAULT LOCK and was built by amateur gunsmith Ronald Van't Hof. It is stocked with a fancy piece of walnut, is fitted with IT' tapered octagonal barrel chambered for the .223. The scope is mounted in Redfield Jr. mounts and it weighs 8.5 pounds. This particular rifle has to date fired over 7000 rounds.

This rifle is the final version of our FM No. 1 VAULT LOCK and was built by amateur gunsmith Ronald Van't Hof. It is stocked with a fancy piece of walnut, is fitted with IT' tapered octagonal barrel chambered for the .223. The scope is mounted in Redfield Jr. mounts and it weighs 8.5 pounds. This particular rifle has to date fired over 7000 rounds.

Information You Will Want to Know

The most important piece of information you will want to know is whether or not it is lawful for you to make a rifle. We can best answer that by quoting directly from the most reliable source, which is the book Published Ordinances Firearms put out by the Department of the U.S. Treasury, Bureau of Alcohol, Tobacco and Firearms. In the Question and Answer section of one of these editions we find the following:

Question: Can a person not licensed under the Gun Control Act make a rifle for himself?

Answer: Yes. Provided it is not for sale or distribution and provided further that it is not a firearm as defined in the National Firearms Act.

There you have it in simple words. Yes, it is not against any federal law for you to make one of the rifles described in this book. The only restrictions are that the rifle or rifles you make are for your own use and not for sale, the rifle not be a full automatic and that the barrel be no shorter than 18 inches for centerfire caliber and 16 inches for .22 rimfire calibers, and that the rifle be at least 26 inches in over-all length. You need no federal license or permit and no registration is required. However, the state, county or city in which you live may have certain restrictions regarding your ownership and use of it and we suggest you check into this before starting a rifle building project.

Following are illustrations of the four single shot rifles and actions covered in this book, along with a very brief description of each. Additional illustrations and fuller descriptions, as well as the detailed drawings and instructions for making each, are in the following chapters. Here then are the rifles and actions. They are listed in the order they appear in the following chapters, which was also the order in which we designed and made them.

Figures 1-1 and 1-2 show our FM No. 1 VAULT LOCK rifle and action. It has a cylindrical falling breech block with a manually cocked, horizontally swinging hammer mounted in the left receiver wall. This action was designed to handle most standard rimless cartridges as well as most rimmed ones. It is a very unique action and for this reason alone you might want to make it.

Figures 1-3 and 1-4 show our FM No. 2 VAULT LOCK rifle and action. Like the No. 1 action, this action also features the cylindrical breech block but in most other respects it is a radical departure from it. Learn more about it in Chapter 3. We consider it the ultimate in the VAULT LOCK design. Of the four of our action designs, this one is the most popular and versatile. You can find the story about our VAULT LOCK rifles in our book, Single Shot Actions - Their Design & Construction.

The question we are asked most often about our VAULT LOCK designs is, "Why the round breech block?" The answer is simple—because a round hole through a chunk of steel is far easier to make than a square cornered hole with parallel sides. We would not have designed and made these actions had we not seen that the cylindrical breech block design was the only possibility of making a falling block action in our home workshop. Our goal and challenge was to make a sound falling block action and it was the round breech block design that allowed us to do so. We designed the entire action around it. We had no desire to make this action better than any other falling block, all we wanted was to be able to make it. In this sense, these acitons are not as desirable as the DeHaas-Miller action.

NOTE: Plans on how to make the patented DeHaas-Miller falling block, single shot rifle are not included in the book and we do not expect to include it in future editions. Because the D-M action has a rectangular shaped breech block which requires a similar shaped square cornered and parallel sided hole to be made through the receiver, it is much more difficult to make than our round breech block VAULT LOCK actions and thus beyond the ability of most amateur rifle builders. The complete and detailed story on this rifle is told in our book Single Shot Actions - Their Design & Construction.

The FM No. 1 VAULT LOCK action opened. The action can only be opened after the hammer is cocked, as shown here, and while the action is open, the hammer cannot be released. When cocked the hammer lies flush within the left receiver wall leaving ample room for loading. The angled top front surface of the cylindrical breech block provides ample space for the extractor to tip back to extract and eject cartridges or cases. Originally designated as the F.D.H. System No. 1, and after building two more each with further changes and improvements we changed the name to the FM No. 1 VAULT LOCK as this name aptly describes the breeching system in that it resembles the locking bolt in a vault door. It was a warm Friday in May when we first fired our prototype VAULT LOCK rifle, we fired it many times and with such pleasing results that we included the letters FM in the designation.

This is an example of our final version of the FM No. 2 VAULT LOCK rifle. It is the action from which the drawings in Chapter 3 were made. This particular rifle is stocked with French walnut, fitted with a 24" sporter barrel chambered for the .223 cartridge and mounted with a Weaver K-6 scope in Redfield Jr. mounts.

There are a lot of things that either needs to be repaired, or put together when youre a homeowner. If youre a new homeowner, and have just gotten out of apartment style living, you might want to take this list with you to the hardware store. From remolding jobs to putting together furniture you can use these 5 power tools to get your stuff together. Dont forget too that youll need a few extra tools for other jobs around the house.

How to Defeat Gun Confiscation Schemes