The Ultimate Sniper The Surveillance Role

Today in Afghanistan and Iraq, sniper teams often are being employed purely in a surveillance role. Due to their team's superior optics and observations skills—along with their ability to hide in plain sight—more so than other soldiers and marines, these scout-snipers are more likely to detect enemy forces emplacing improvised explosive devices (IEDs), smuggling people and weapons across borders, or many other hostile activities.

Most such surveillance missions are clandestine—that is, teams are infiltrated and operate to avoid any sign of their presence. Should they detect suspicious or hostile actions, instead of engaging they report it and vector in a reaction force so their presence is not compromised and they can continue to surveil the area. Interestingly, the U.S. Marine Corps recently equipped its Scout-Sniper teams with highresolution digital cameras and an uplink device that connects to a military radio(shovvn on page 325). Practically real-time, these sniper teams can snap high-quality images of enemy activity and relay them miles to a headquarters for analysis, assessment, and action.

Given that the same position may be used again in the future—and it's best that the enemy never realize how information is being developed—it's essential that these clandestine sniper teams exfi) just as carefully as they infiltrated. Whenever a reaction force achieves success, it's useful to let the populace believe that the enemy had been detected by a satellite, surveillance aircraft, paid informers—anything but a concealed sniper team.

Take one glance at it. You'll instantly notice that there's a letter missing, demonstrating how dramatically conspicuous anything different is. Target detection, however, involves the discovery of inconspicuous targets, not obvious ones. What this actually illustrates is how effectively a decoy or diversion can attract attention—indeed, your eyes were lured to a spot where there was absolutely nothing.

Applying target detection techniques, you start with a hasty scan, keeping your mind as unfettered as possible, almost letting instinct tell you when to look closer. You're scanning for subtle patterns that will cause you to take a second look without even being able to define what you think you see. You'll probably find about one-quarter of the words using a hasty scan, not even knowing which words are hidden in the puzzle.

After this, slow down and intensify your search, using a deliberate scan. This requires more analysis, actually examining the word list and looking for unusual letters or letter combinations so that your mind can watch for specific patterns. For example, you'll notice that only one word, "azimuth," has the letter Z in it, which is an infrequently used letter. Or you'll notice that both "medulla" and "McMillan" have double Ls, an unusual letter pattern. You'll actually scan each line right to left, bottom to top. A deliberate scan will help you find perhaps another half of the "target" words by mentally focusing on their visual distinctions while completely scanning the target area.

The remaining words are so subtle, so well blended, that only a detailed scan will detect them. You must carefully examine every single line and letter, using a well-planned scheme to ensure that you consider all possibilities from every direction and miss nothing. In the movie The Day of the Jackal, the French detective was able to trace a would-be assassin only by having his men search thousands of hotel registrations every single day. The sleuth's detailed scan is no different from yours: meticulous, patient, and demanding, focusing both intellect and instinct for your search.

Do You Want To Be Getting What you Truly Want, Able To Realize Goals, and Learn How To Use The Law Of Attraction? Learn How, In Just A Few Days, You Can Put an END To Your Lack Of Knowledge In Manifesting And Feel More In Control Of Your Life Than Ever Before GUARANTEED. 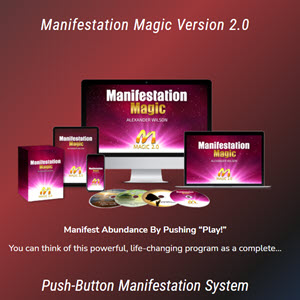